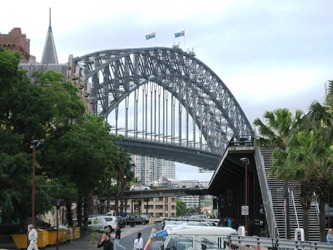 Charles Napier Sturt was born in India on April 28 1795. The eldest of 13 children, at the age of five he travelled to England for his education, joining the British Army in 1813 and later serving in Canada (the site of one of the University's major campuses).

One of the most important explorers featuring in early Australian history, Sturt sailed to the colony of New South Wales in 1827 and began pursuing his strong interest in exploration.

With the approval of the Governor of the NSW, Sturt set out to explore the Australian continent. His first expedition in 1828 followed the Macquarie River through the Macquarie Marshes to the Darling River traversing the region of the Macquarie, Bogan and Castlereagh Rivers.

His second expedition, taking place in 1829-30, traced the Murrumbidgee River to its junction with the Murray River and on to the mouth of the Murray at Lake Alexandrina.

Sturt wrote and published two books - both were journals of his expeditions into southern Australia and central Australia. His life story, his work, his ideas and interests, his hopes and fears can also be read in the official documents and the private correspondence which has survived in archival collections in the United Kingdom, Australia and New Zealand. The Royal Geographical Society of London published accounts of his expeditions into southern and central Australia in the 1830s and 1840s. Articles and monographs since that time, from a variety of sources, have recounted and assessed his life, his work and his influence, and have retraced his journeys.

Charles Sturt University also seeks to identify and collate this material, in original or copy form, making available a body of information about Sturt the man; Sturt the explorer; Sturt the extraordinary person after whom the University is named.

Each CSU campus has a vibrant social calendar of cultural and sporting events, and each campus city offers its own annual festivals and celebrations. From Orientation Week to the national Uni games, there are a range of regular events across campuses, as well as events specific to individual campuses.

Join a sporting or recreational club, or consider one of our social, religious, cultural or study clubs. Whatever your choice, it's a great way to get involved in uni life and meet new friends. Clubs are a great way to meet new people, pursue your interests, and get the most out of your University experience.

As CSU works towards it sustainability targets, CSU Green, will focus on significant reductions in the University's waste, water and energy use and greenhouse gas emissions over the next five years. Converting CSU into a sustainable university is not just about building efficient infrastructure, but also fostering cultural change towards more sustainable practices among staff, students and the wider regional communities.